How Long Can You Tread Water, Rugrat? 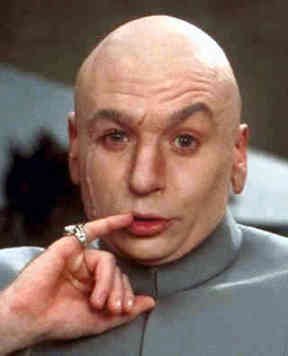 We don't tend to get too many trick-or-treaters out here on the island, but the few we do get are in for some nasty tricks instead of treats!

For one thing, Franken keeps asking them for money for his "Boys and Girls Club." Yeah, right! Jigs up, Al. We all know that routine by now.

Next, O-Dub takes THEIR candy and then Boris throws them into the lagoon. He says he wants to see if they can float like the daisy did. Weeeeeird!

We won't even let Madeline (did anyone else just hear the horses whinny?) answer the door. We're certain they'd take one look at her and run away - that would ruin all our fun.

Buh-bye now, I must go! Evil doesn't just happen on its own, you know! Oh, and remember to get me that MILLLLLLION DOLLARS by midnight. Otherwise, I will be forced to do something... rash!