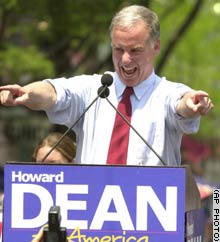 This is an important message for all my Democrat friends out there.

We have finally cracked the code! We have figured out how the Republicans have been stealing all of these elections when we know... KNOW... that we actually have won!

Listen to me closely: On Tuesday, November 7th, when you go to the polls to vote, those of you who intend to vote for a better America by electing Democrats, be certain that you push the lever or punch the card for the Republican candidate in each and every race!

You read that right! You see, we have determined that since a majority of people are actually voting for us Democrats, but the eeeevil Republicans keep winning, that they have been cross-wiring all of the vote-counting machines nationwide, so that all voting is reversed!

Those sneaky bastards! They thought they could keep getting away with it, too, but we are much too clever for the likes of them!

So join me on Election Day in voting Republican to elect Democrats!

Spread the word! With your help, we can still win this thing!