This post will remain atop this blog throughout
Monday, September 11, 2006. 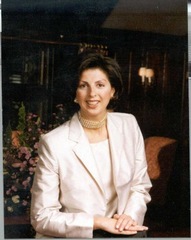 Diane, a New Jersey native who lived in New York, was a commodities trader with Carr Futures and Associates and worked on the 92nd floor of the south tower. She was remembered by those who knew her best in this way...

Diane Lipari had a sustaining relationship with joy: she ate it for breakfast and served it to others for lunch. Her knack for drawing out the best in even the most difficult people allowed her to say something good about everyone. Her friends teased that when she woke in the morning, birds chirped around her. When Ed Tighe, her husband, asked what kind of golf clubs she wanted for her 42nd birthday this summer, she replied merrily, “They just have to be pretty.”

The small gesture was unknown: when her niece had a school dance, Ms. Lipari, a commodities trader for Carr Futures, bought a half-dozen pairs of shoes for the teenager to select from. Mr. Tighe said the couple, married only since 1999, felt grateful to have found each other. “We traveled a lot for business and the last thing we always said to each other was, ‘Nothing left unsaid.’”

Her husband, Ed Tighe, works for the NFL, and this account of his ordeal on that tragic day comes to us from Sports Illustrated Online:

Like so many other businesses, the NFL also had to address the possibility that staffers might have family members who were injured, dead or lost in the rubble. The league would have two reported missing: Thomas Collins, whose wife, Julia, works in NFL Properties, and Diane Lipari, whose husband, Ed Tighe, is an NFL Management Council lawyer. Julia was in Denver on business. Ed had bolted from his office and gone to the disaster site. While he was explaining to a police officer why he had to get through a barricade, the south tower -- in which Lipari worked, on the 92nd floor -- collapsed. Tighe returned to his office and began sobbing uncontrollably. "Pray for a miracle, Ed," Tagliabue told him, and he, too, began to cry. When the commissioner learned that a rosary was to be said every half hour around the corner at St. Patrick's Cathedral, he told employees that attending the prayer service would be the best thing they could do for Tighe. Many staffers, including Tagliabue, attended a 5:30 mass with Tighe. 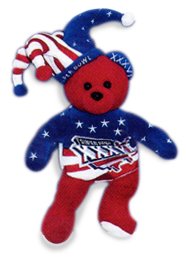 Diane was honored by the NFL, along with Thomas Joseph Collins, with TD Bean Bear ("TD" for Tommy & Diane), which was given away to all 77,000 attendees of Super Bowl XXXVI in the New Orleans Superdome, where the families of the two sat together, along with representatives of the New York Port Authority and Police and Fire Departments. The NFL also commissioned two books to commemorate the lives of Tom and Diane.

Those who knew her are invited to leave tributes at the following places online, where all are welcome to read them...

Per her obituary, memorial donations may be made in Diane's name to St. Joseph's School, 131 E. Fort Lee Road, Bogota, New Jersey 07603. 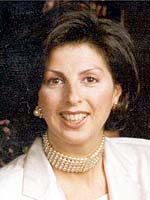 Eternal rest, grant unto them, O Lord, and let perpetual light shine upon them. May the souls of the faithful departed through the mercy of God rest in peace. Amen.
Posted by Mr. Right at 9/11/2006 11:59:00 PM