Sorry for the delay. Due to vacations and people suddenly quitting, I have been working extra hours, including day shifts after night shifts with little sleep. Unfortunately, this may continue for a little while yet. Please be patient with me, I will try to continue with the festivities here as best I can in the meantime.

Presenting the top 30 captions for this picture from AFP/Getty Images/File via Yahoo! 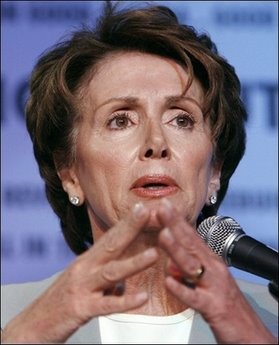 HONORABLE MENTION:
[CLARIFYING NOTES: The perpetrator of each caption is listed below the caption. Multiple captions listed together are from the same author. In case of two or more submissions of the same caption, preference is given to the person who entered it first, though someone offering a much better version of the same general idea may win out, even if they entered it later.]

-- "How do I keep my youthful appearance? Well, I sleep under a pyramid. It's shaped like this. I should get a lighter one, though..."


--"Yeah, the Democrat Party is like a big tent... and the sinuous cords in my neck are like the tent poles, see?"


-- "Dispatch WarRocket Ajax and bring back his body!"

Cowboy Blob
[Winner: Obscure reference of the week award! (Not counting the Black Adder and Renfield entries that just missed the cut.)]


-- "You know, except for all of the little African children who toiled in the dark, mining for my diamond earrings, I really do care about the little guy."


-- "We will hold the White House hostage for... One MILLLLION dollars!"

-- It was sickening enough to see Pelosi speak, but when she started using her thumbs to wiggle her neck flap, my stomach lost it.

-- In an effort to reach out to midwest voters, Nancy attempted to recount the poem "This is the church, this is the steeple..." but couldn't remember what part of it rhymed with "Jesus Freaks."


-- Rep. Pelosi demonstrates how ineffective Botox is in eliminating the condition known as "man hands."


-- "All I ask for is caucus members with frickin' laser beams on their heads!"


-- "Ya see, the bulldog clamps attach to the back of my head like this... I can easily squeeze twenty to thirty years into those suckers... and that covers me between injections."


-- It finally dawned on his aides, John Kerry needed to lay off the botox.


-- "Now, you see, the Ancient Greeks had these thingies called - um - pyramids. And they were really neat. I think this is exactly what we need in California. It will be the largest public housing project ever. Yeah, that's it. Now, this will represent only a modest tax increase..."


-- FRANKEN: "...And so, that's how I feel about you, Nancy."
PELOSI: "Well, I'm flattered, Al. If I didn't have aspirations of becoming the first leather handbag to be Speaker of the House..."

-- "Ahh, but the strawberries, that's... that's where I had them. They laughed at me and made jokes but I proved beyond the shadow of a doubt, and with... geometric logic... that a duplicate key to the wardroom icebox DID exist, and I'd have produced that key if they hadn't of pulled the Caine out of action. I, I, I know now they were only trying to protect some fellow officers..."

-- "Has anyone seen my brain? It was about this big and squishy."


#8: "What have I ever done to make you treat me so disrespectfully? If you'd come to me in friendship, then this scum that ruined your daughter would be suffering this very day. And if, by chance, an honest man like yourself should make enemies, then they would become my enemies. And then they would fear you."


#6: "If Hillary thinks she's the top Democratic bitch, she's got another think coming..."


#5: "Filthy, nasty, Republicanses! Cheney STOLE it from us! We hates them! We HATES them!" 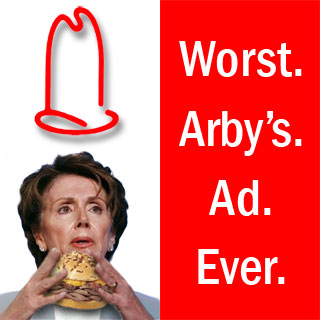 His Cup Runneth Over Edition