Ideas for Democrats who lose in the upcoming election 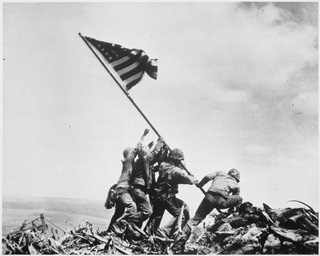 Okay, first of all full disclosure, I'm a huge HUGE fan of James Bradley and just started reading Flags of our Fathers. Again. We forget with today's modern warfare that in the old days having 2,000+ soldiers die in a month wasn't necessarily unusual.

Reading about the brutality of the Japanese soldiers in combat brought my fevered and generally twisted mind around to thinking about how mindlessly upset all the democrappies were after Bush won stole the election. Both times that is. What's the one thing that all soldiers call out when injured in battle?

They call for their mother. 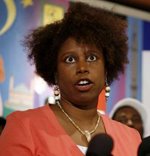 "Mommy" could play on the heartstrings of the American voter. Imagine the power of that one word combined with a sobbing Cynthia McKinney. Sure it would be horrible and would lead to general ridicule but over half of America does that to Dem's anyway. And the next time they run, people would remember and say, "Hey, that's Cynthia McKinney" or "Hey, that's John Kerry". Then they would say, "I'm going to vote for them next time around because they care so much about ... stuff."
Posted by Stew Magoo at 10/10/2006 12:48:00 PM