Captions Outrageous! Winners [Shadow of His Former Self Edition]

Announcing the winners of the 25th ever Right Place Photo Caption Contest!

Presenting the top twenty (plus) captions for this picture from AP Photo/Lisa Kyle via Yahoo! 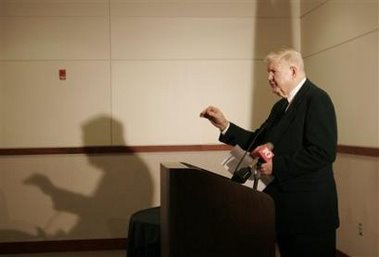 BONUS! From the "How on Earth Could Everyone Have Missed This One?" Dept.:


"Baby, you do it right;
Give me more, drag me across the floor;
Shadow dancin'"


"Little bunny Fru-Fru,
Hoppin' through the forest.
Surrenderin' to the field mice,
Then goin' back to bed."


#19: Evidence that, despite claims to the contrary, Congressman Jack Murtha (D-PA) really does love the spotlight.


#16: "...And if you make your hand tremble just a little like this, the shadow looks just like Jacques Chirac!"


#14: Even Murtha's shadow tried to distance himself from the Senator's stance.


#13: The authenticity of this photograph has been called into question for two incontestible postulations:
1) The spuriousness of the shadow; and
2) The fact that Mr. Murtha appears to be immobile rather than in retreat.


#11: Moments later, Congressman Murtha's shadow stomped out of the room in disgust.


#9: "You guys are not following my direction! This is means crescendo, not dolce! I swear this is the last time I work with the Boston Pops!"


#8: Despite his incomprehensible call for America to surrender to the terrorists, Democrats felt Rep. Murtha cast a large shadow on the Iraq War debate.


#7: "How dare you question my patriotism? This shadow served in Vietnam! In fact, John Kerry once rescued this shadow from the waters of Cambodia! On Christmas Day!"


#5: "...And when Dubya said there was a shadow government, this is exactly what he meant!"


#3: "Maybe I can make my geopolitical theories easier for you people to understand by employing the services of my little shadow puppet friend, Quisling, the Surrender Duck."


#2: Who knows what evil lurks in the hearts of Democrats? The Shadow knows... 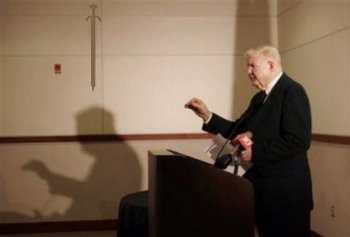 "Yes I would withdraw from Iraq if I were President Bush, and no I've never heard the story of Dionysius and Damocles." 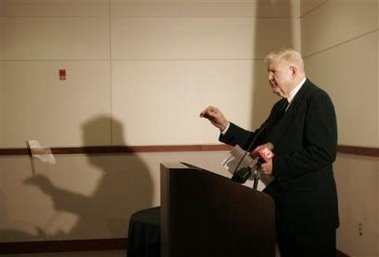 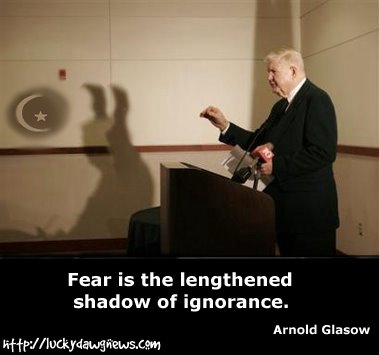 Captions Outrageous! [When the Saints Go Mouthing Off Edition]

Oh, Thank Heaven for 7/11 Edition
Fickle Finger of Fate Edition
Things Are Looking Up Edition
Rage in the Cage Edition
Not So Mellow Fellow in Yellow Edition
The Beards and the Beads Edition
Weapons of Mash Destruction Edition
You're Al I Ever Wanted Edition
His Cup Runneth Over Edition
The Eyes Have It Edition
Jeepers Veepers Edition
Huggermugger Edition
Ear's to You Edition
Heavy Medal Edition
Village of the Damned Edition
White on Rice Edition
Sunny Side Up Edition
Absentee Mallet Edition
French Tickler Edition
In Through the Out Door Edition
Frankenstein Meets Godzilla Edition
Heaven Must Be Missing an Angel Edition
Spirits of Christmas Present Edition
Dorito Bandito Edition