Announcing the winners of the twelfth ever Right Place Photo Caption Contest!

Presenting the top ten captions for this picture [REUTERS/Jim Bourg via Yahoo!]... 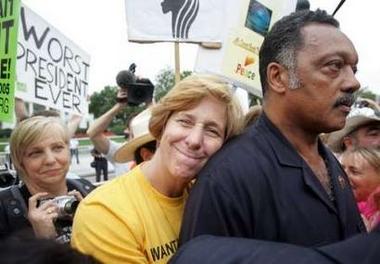 
#9: Concerned surgeons say there is nothing they can do to remove the growth from Jesse Jackson's back.


#6: Jesse Jackson, African-American male: "Ok, where's my forty acres to go with it?"


#5: Jesse Jackson leads Cindy Sheehan from her trial against ACME Chemical, where she was dropped into a vat of chemicals by a vigilante caped crusader.


#4: And, thinking about how fun it would be to be the "worst president ever," Curious Cindy fell happily asleep. (If you look, you can see the Man in the Yellow Hat behind her.)


UPDATE: It may be a little late, but it's still worth a photoshop award for Chris... 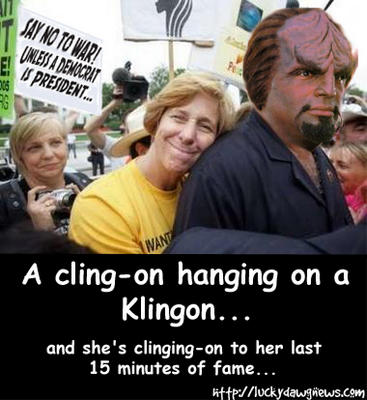 Captions Outrageous! [Ear's to You Edition]

Oh, Thank Heaven for 7/11 Edition
Fickle Finger of Fate Edition
Things Are Looking Up Edition
Rage in the Cage Edition
Not So Mellow Fellow in Yellow Edition
The Beards and the Beads Edition
Weapons of Mash Destruction Edition
You're Al I Ever Wanted Edition
His Cup Runneth Over Edition
The Eyes Have It Edition
Jeepers Veepers Edition