OK, OK, I lied when I said Mr. Right would be back this week, so back by popular demand...
ANOTHER GOP AND COLLEGE CAPTION CONTEST!!! Mr. Right has been feeling a bit depressed since Tuesday, and it's our job to cheer him up with your captions. And the winning picture for this week's contest: 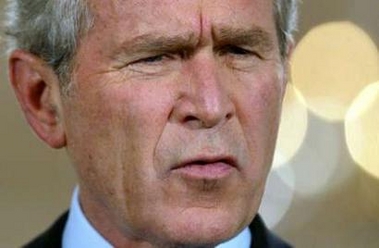 What could be going through George's head? I say, Bring it!

And here at The Right Place, we not only host great caption contests, we compete in them too. So jump on over to the other contests around the 'sphere: