A Final Thought Before "Goodnight"

Last March, the federal government set up a Web site to make public a vast archive of Iraqi documents captured during the war. The Bush administration did so under pressure from Congressional Republicans who had said they hoped to “leverage the Internet” to find new evidence of the prewar dangers posed by Saddam Hussein.
But in recent weeks, the site has posted some documents that weapons experts say are a danger themselves: detailed accounts of Iraq’s secret nuclear research before the 1991 Persian Gulf war. The documents, the experts say, constitute a basic guide to building an atom bomb.
Last night, the government shut down the Web site after The New York Times asked about complaints from weapons experts and arms-control officials. A spokesman for the director of national intelligence said access to the site had been suspended “pending a review to ensure its content is appropriate for public viewing.”
Officials of the International Atomic Energy Agency, fearing that the information could help states like Iran develop nuclear arms, had privately protested last week to the American ambassador to the agency, according to European diplomats who spoke on condition of anonymity because of the issue’s sensitivity. One diplomat said the agency’s technical experts “were shocked” at the public disclosures.

AllahPundit hit the nail on the head with these two questions: 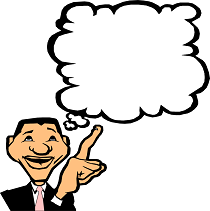 Exactly how far along was Saddam’s nuclear research that Iran might possibly benefit from it?

Why is the IAEA worried about Iran using bombmaking information in their “peaceful nuclear energy program”?
Posted by Robert at 11/03/2006 12:17:00 AM