Third in a series of mid-term election satire. Second is over at Conservathink. 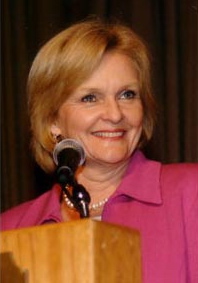 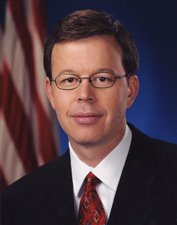 "Missour-ee!"
The closest Senate race in the country just got even hotter. Following the Michael J. Fox flap, one would think that embryonic stem cell research and cloning would be the top issues on voters' minds. Polls show the two Senate candidates, incumbent Republican Senator Jim Talent and Democratic challenger State Auditor Claire McCaskill are neck-and-neck, but the odds may very well depend on whose pronunciation of the State's name most resonates with Missouri voters. At least 56% of those polled claim they say Missour-ah, and only 37% say Missour-ee. The rest punched the pollster in the face and yelled, "That's a f**king stupid question!"

"The people of Missour-ee are tired of being viewed as corn-fed hicks," Republican pollster Fred Kondracke asserted. "People think that we're just another fly-over State where we marry pigs or something. Well, let me tell you, Mrs. McCaskill's husbands are the exceptions to the rule!"

Democratic pollster Susan Powers disagrees: "We're just common folk like y'all down here in Missour-ah. We stand for real family values, unlike the GOP, like forced wage controls, socialistic health care and punishing the rich for their success. Real Missour-ah val-yoos."

Missouri is often called a "bellwether State" due to its use of bells to tell which way the wind is blowing... The political winds, that is!

Oh, screw you all.

Regardless, the State may very well determine who controls the Senate come Tuesday, as well as whether pointless semantics can sway the results of a State-wide election.
Posted by Unknown at 11/05/2006 10:32:00 PM