Kean denies gang ties, has yet to renounce "thugg life."

First in a series of mid-term election satire. 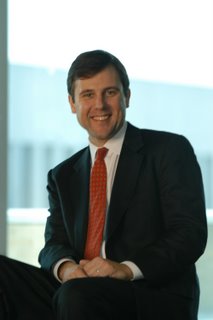 Tom Kean: Keepin' it fo' sheezy fo' Noo Jeezy.
The Washington Post placed a Republican Senate challenger on the front page of Monday's Style section, but David Segal's profile of New Jersey's Tom Kean, Jr. compared the candidate to a murderous Los Angeles street gangster: Kean, "who looks like a Mountie and fights like a Crip, isn't selling honesty and integrity so much as a brand name that represents honesty and integrity."

Incumbent Democratic Senator Robert Menendez argued that Kean "don't represent his peeps, yo. He be votin' ta' block life-savin' stem cell research and opposin' tha' inheritance tax on tha' fortune he got from he daddy, but he be dissin' raisin' tha' minimum wage. Whut up wit' dat?!"

Kean is the son of a popular Governor, Tom Kean, Sr., whose name recognition has helped the Republican Senate candidate, who experts agree should have conceded by now. "It's quite astounding, actually, how the voters of traditionally Democratic-leaning New Jersey have begun to think for themselves," independent pollster Scott Rasmussen notes. "Kean's possible gang ties may very well hand him the ever-crucial drive-by vote," Rasmussen concluded.

The criticism of Kean as a Crip is odd, given that their gang, founded by the late Sir Stanley "Tookie" Williams III, Esq., wears blue. Calls to Sen. Menendez's office regarding his membership in a Chicano gang were not returned.
Posted by Unknown at 10/29/2006 03:15:00 PM