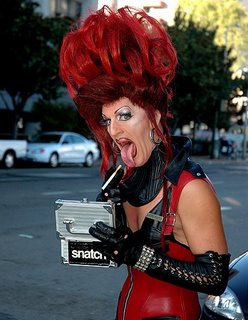 Isn't it fahbulous, dahlinks? Ze Christianists are running out of Voshington like so many married men in a rest stop police raid!